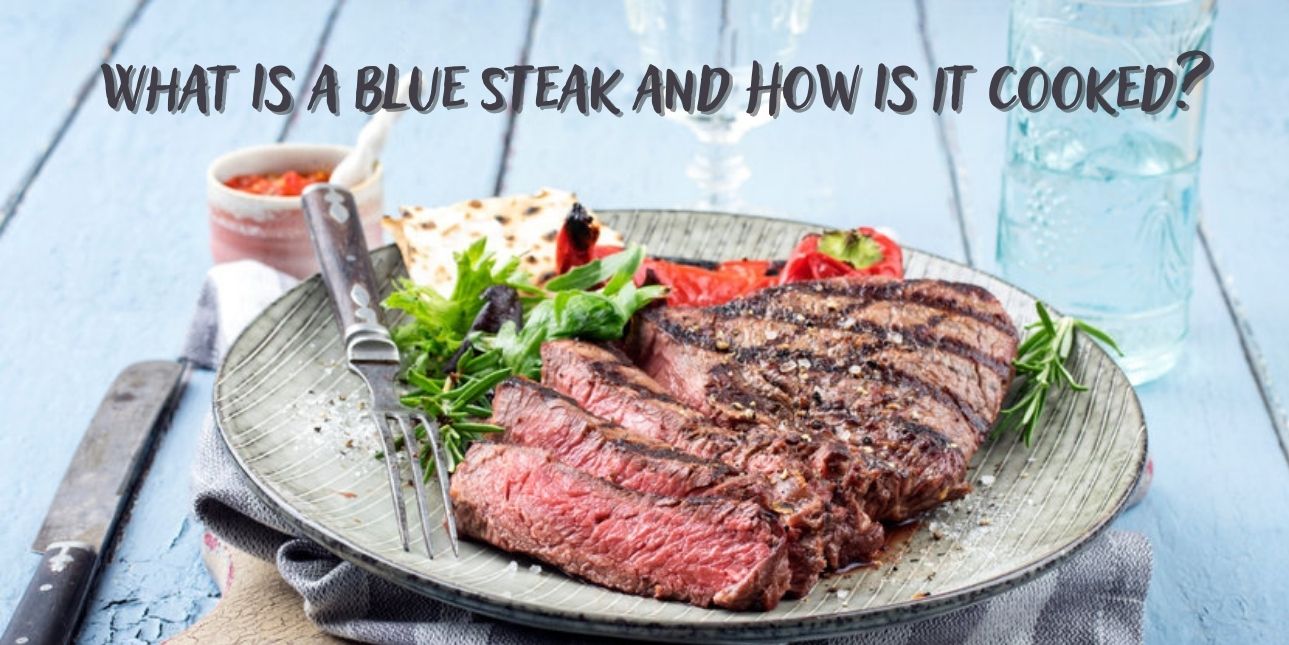 Steak is prepared in a variety of ways, and each variation comes with its zing and characteristic flavor. Given the various types of cuts and associated methods, the meat has created a niche for itself. This is also influenced by the innumerable permutations of going about its preparation. One such variation of steak is blue steak. It is also called extra rare steak or blue rare steak by some grillmasters and chefs.

But what is a blue steak, and have you wondered how to cook a blue steak? If you have, you aren’t alone. Thanks to the motley opinions and recipes for cooking beef, it’s almost common to come across new methods every day. However, we make it easier for you to understand blue steak by describing its origins, what sets it apart from the other options, and how you can grill delicious blue steak to offer to your customers.

What is Blue Steak?

Blue steak is made by giving the meat a light sear on the outside, while the inside of the meat remains nearly raw. This type of steak is placed on the first stage of the doneness scale due to the short cooking time involved in its preparation. The internal temperature remains relatively cool when compared to the outside, and is ideally in the 115 to 120-degree range. Beyond 120 degrees, the steak is considered rare. The result of this quick preparation is a delicious piece of meat that has a rich texture and retains much of the beef’s natural flavor.

How Is It Different From Rare Steak?

It is common for those that do not know what is a blue steak to confuse this delicacy with rare varieties. However, the latter falls on the second stage of doneness and requires a longer cooking time when compared with blue steak. Rare steaks possess a decently cooked interior, and have a warm central temperature when measured with a probe thermometer. However, blue steaks are nearly just as tender, if not more than what rare steaks have to offer.

Why Is it Referred to as Blue Steak? 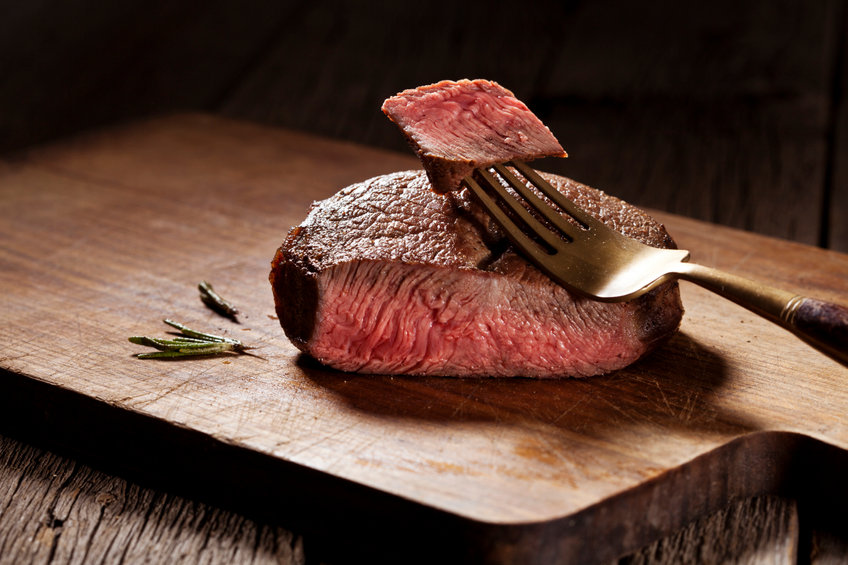 While there are several theories about how the delicacy was named, few of them make sense. Some culinarians hint at the initial tint of the internal portion of the steak after being cut, as it tends to be a deep purplish blue. This color stems from deoxygenated myoglobin present within the muscle fibers of the meat. As soon as the internal portions are exposed to air, the color quickly turns to a deep red that’s characteristic of rare types of steak. Other theories suggest that the rendered fat following the searing process in a steak has a bluish color. Another take on the name is more symbolic and refers to the association of the color blue with cooler temperatures - the same as the internal temperature of a blue steak. Finally, a more reputed theory suggests that the name is inspired by the French culinary method called ‘au Bleu’. This is a technique that relies on cooking freshly killed or live fish that give the meat a bluish hue.

What is a Black and Blue Steak?

Black & blue steak or Pittsburgh blue steak is a variation of the conventional dish. The name is derived from the char on the external surface of the meat. While blue steaks are seared on either a pan or a grill, black and blue steaks are charred on an open grill. The origins of the steak date back to the industrial period in the city of Pittsburgh, where steel mill employees would grill their steak on factory equipment. This method of cooking resulted in a quick char on the outside. This dish caught on and came to be known as black and blue steak. Another prominent feature of black and blue steak is the addition of butter or other fat that enables the chef to bring about a uniform char. Conversely, conventional blue steak requires little to no additional fat to be added during the cooking process.

What Are The Best Cuts for Blue Steak?

Though nearly all cuts of steak can be cooked blue, certain cuts are better suited to blue steak. Steak is cooked when the marbled portions of fat between the muscle fibres are melted and cooked into the meat. Due to the short cooking process of searing blue steak, a lot of the fat in the steak remains unmelted. While other steak variations require a fair amount of marbled fat, blue steak does not require as much as the rare and other variants higher on the doneness scale. Below are listed some of the best cuts for preparing the perfect blue steak:

How to Cook a Blue Steak

If you’ve thought about how to cook a blue rare steak, look no further. Here are a few simple steps you should follow to prepare the best blue steak possible:

Understanding what is a blue steak can help you provide newer versions of the beloved delicacy to your patrons. Not only does this help you diversify your menu, but also allows you to add dishes that can be served quickly. Given that blue steaks require minimal cooking time, you can offer more variety to each customer by learning how to cook a blue steak today!